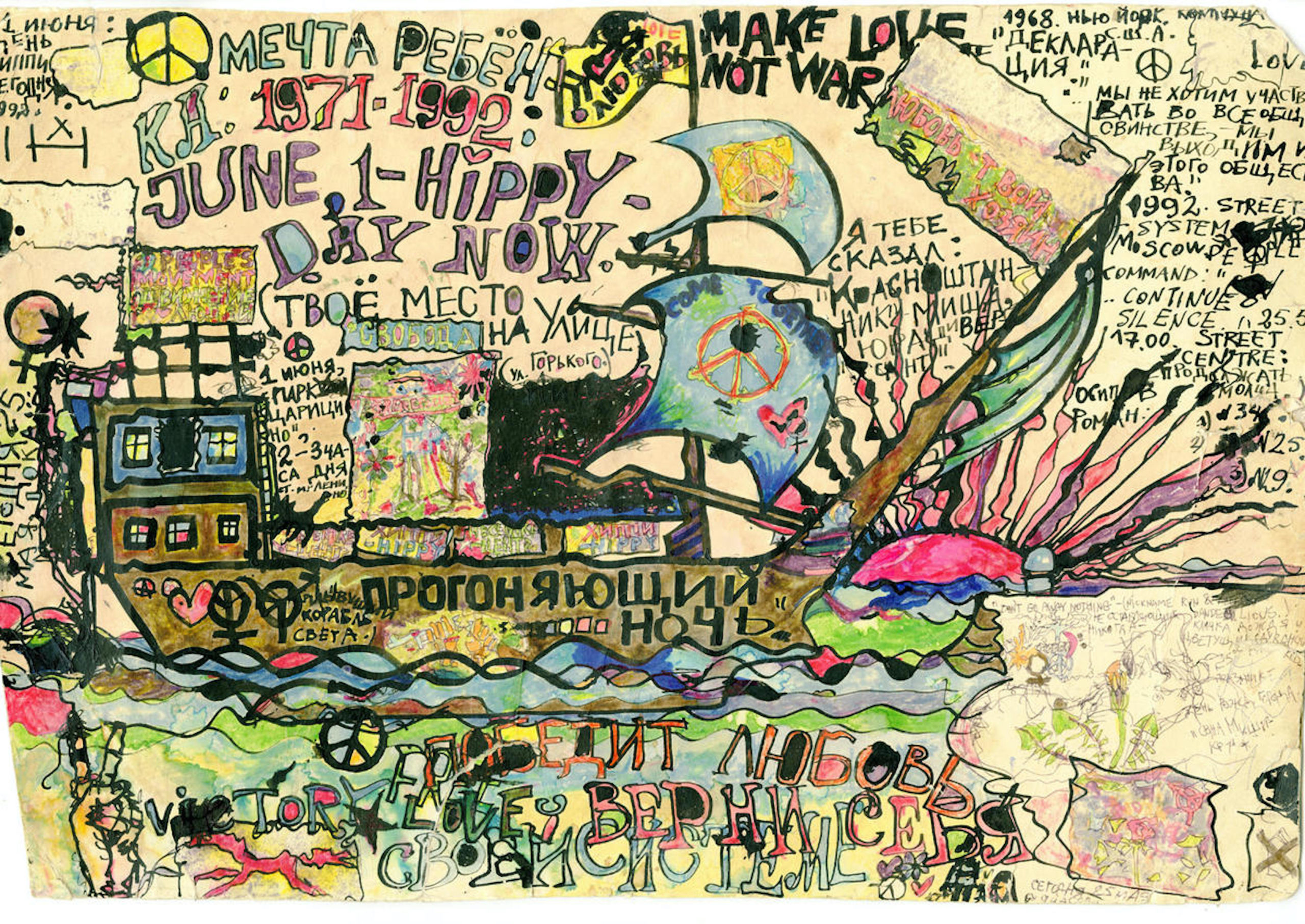 This exhibition is devoted to a world that few people know existed and that many find hard to believe did exist: the world of the Soviet hippie movement. Soviet hippies were part of the global counterculture of the 1960s and ’70s: They wanted love and peace—and rock and roll. They maintained an elaborate network across the Soviet Union. They experimented with homemade drugs. They studied Eastern mysticism and were looking for God. Yet they lived in a state which valued conformity above all else and mercilessly persecuted them for the way they looked and lived. In collaboration with the Archive of Modern Conflict and Dr. Juliane Fürst of the University of Bristol (U.K.), the Wende Museum has acquired the personal archives of several prominent Soviet hippies, which include photos, clothing, and memorabilia that would otherwise have been lost forever. The exhibition will be the first time any of these items have been shown to the public, providing a glimpse into a world that was, and is, intriguing as much as it remains contradictory to common perceptions about Soviet and Russian life.